Zucchini Spinach Alfredo is made with a thick creamy Alfredo sauce and only a few tasty ingredients needed. Healthier, lower carb Alfredo you can have on the table in less than 15 minutes. Vegetarian and Gluten Free. 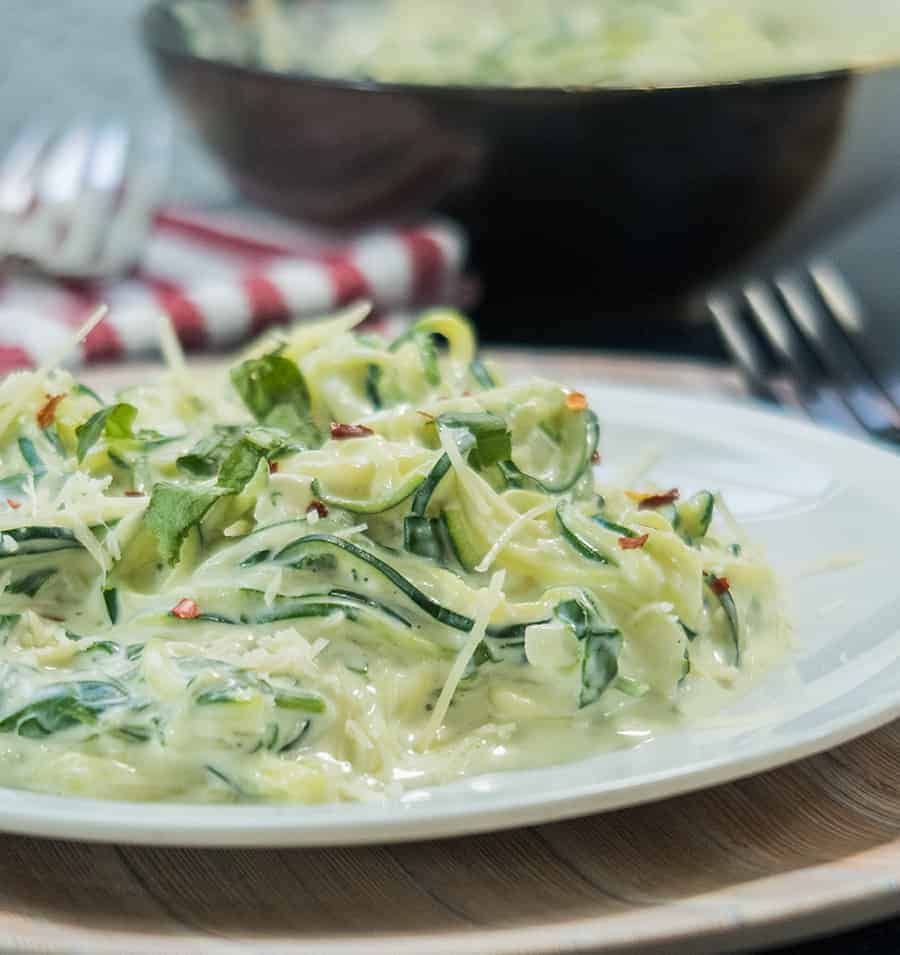 **Updated** This post has been updated with new pictures. It was originally posted in March 2016. The recipe still remains the same.

What's not to love about healthy, low carb, & EASY?

So last nights dinner was awesome and I must say totally simple to prepare. I can't always say that about everything I make but this one I can.

And the Alfredo sauce only has five ingredients not counting butter, olive oil and spices. <--Plus Zucchini Noodles to serve as a base for all this yumminess!

My husband usually likes everything I make, but he commented that this was excellent and I really had to agree with him. This Zucchini Spinach Alfredo will probably have you rethinking Zucchini all over again.

Only the winners make it to the blog. But this was so good I felt like I needed to talk about it and share this one today.

You want to start this process by spiralizing the zucchini into noodles. It's pretty simple, but if you don't have a spiralizer you could also just thinly slice the zucchini into the size of noodles you prefer. 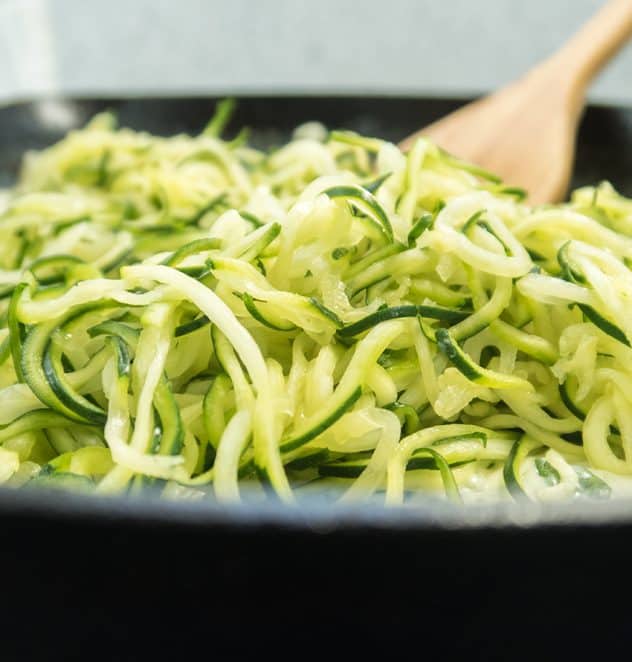 I highly recommend owning a spiralizer though, since you can make so many yummy recipes with it. Like this Ramen soup & this  Zoodle pizza crust!

So once you have the zucchini looking like noodles, just generously sprinkle them with salt and let them sit over a bowl about 15-20 minutes to remove the extra moisture from them.

I actually did that earlier in the day and just rinsed them and put them in the fridge until ready to make dinner.  Making it so much Easier come dinner time!

The Alfredo sauce doesn't take long to make, so you can have dinner ready & on the table in about 10-15 minutes.

Anywho, I can see you're probably going to be adding this one to your weekly dinner rotations.

Cause this Zucchini Spinach Alfredo is..... 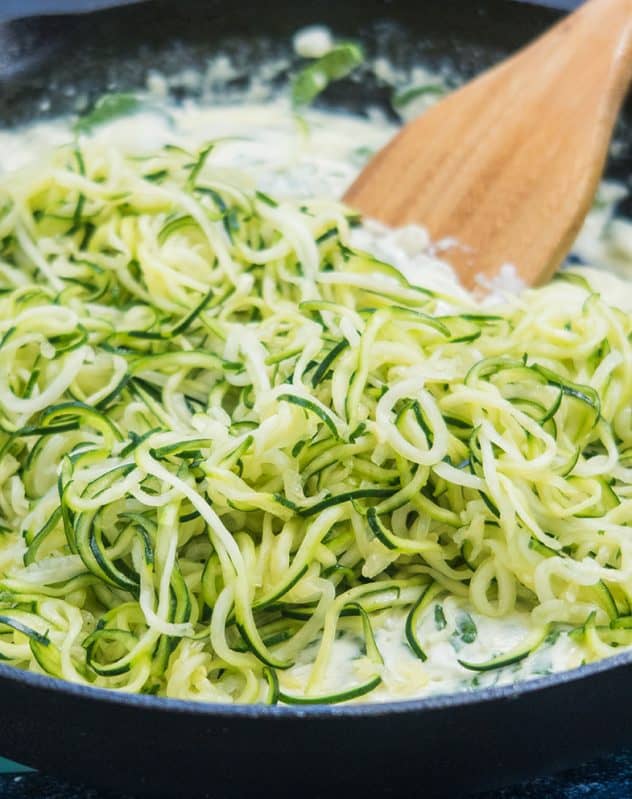 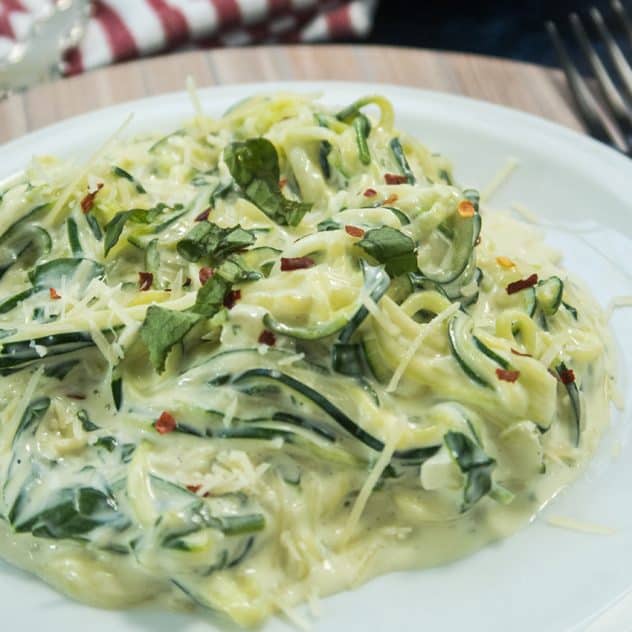 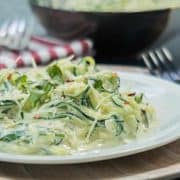