Broccoli Cheese Stuffed Grilled Spaghetti Squash is  vegetarian, and gluten free. It's a healthier version of broccoli and cheese and tastes even better with the grilled flavor. 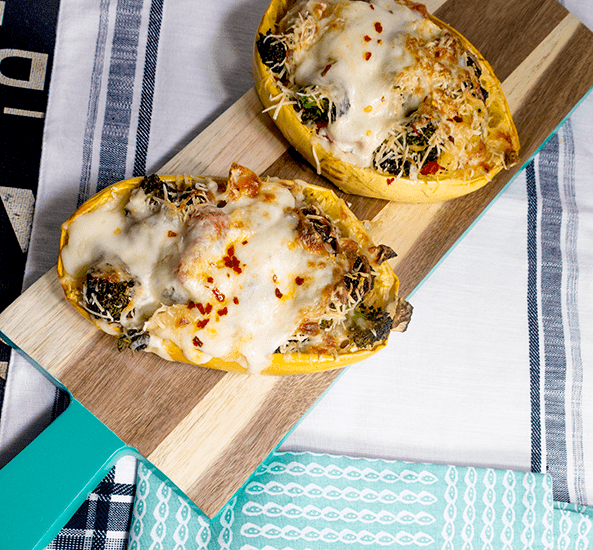 I guess you could say I'm kind of an adventurous person. Well at least when it comes to cooking I am. Broccoli Cheese Stuffed Grilled Spaghetti Squash is just one of my many food adventures.  So in the summer months you'll probably find me attempting to grill just about anything.

Which leads you to this Grilled Corn & Tomato Summer Salad. Salads are not typically things most people would think about grilling, but there again I did say I was an adventurous one.

Some being good adventures and others being great learning curves. They say if you fail at something enough eventually you're going get it right. And I guess I believe that's true especially when it comes to food. My food failures definitely intimidated me the least. 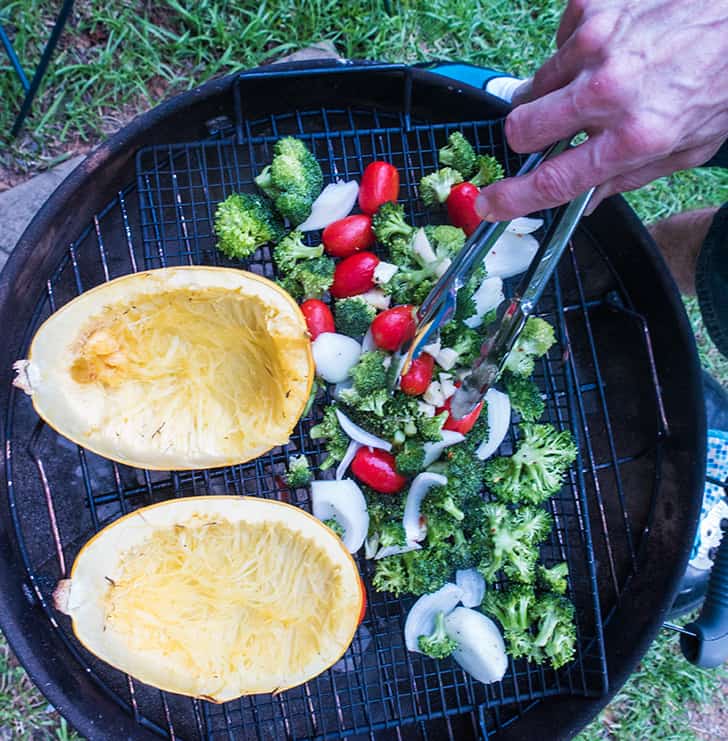 I would say one of my biggest adventures which involved moving 3000 miles away from home with a baby was probably the most epic learning one 🙁  Don't think I'll get into that right now cause that could probably involve writing a book. But I can tell you there was a happy ending to that story 🙂

Grilling is kind of a relaxing thing we do around our house. So we tend to reserve it for the weekends or special occasions.

And when I finally convinced my husband of that, I actually got him to take over the grill. And yes that is his hand in the above picture. Ha ha, he can't say he doesn't know how anymore! 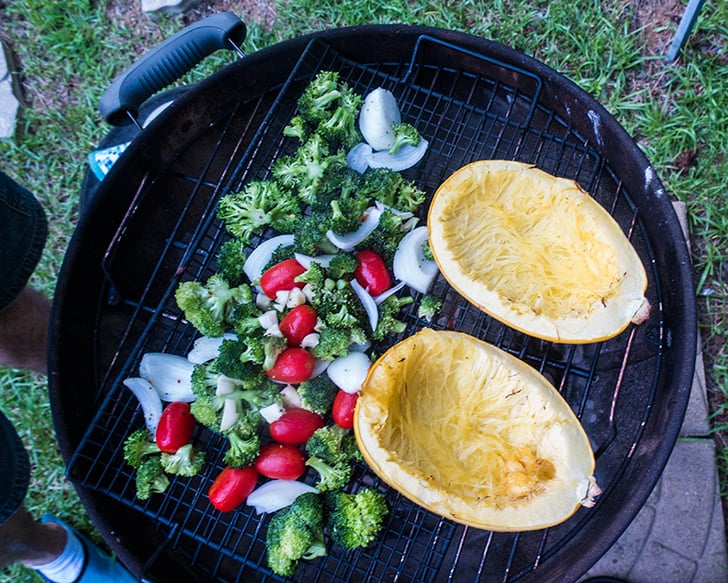 Of course there is always a cold adult beverage involved which also makes the process a little more relaxing. That was a monumental time, as prior to that I would prep all the food myself and cook it on the grill. 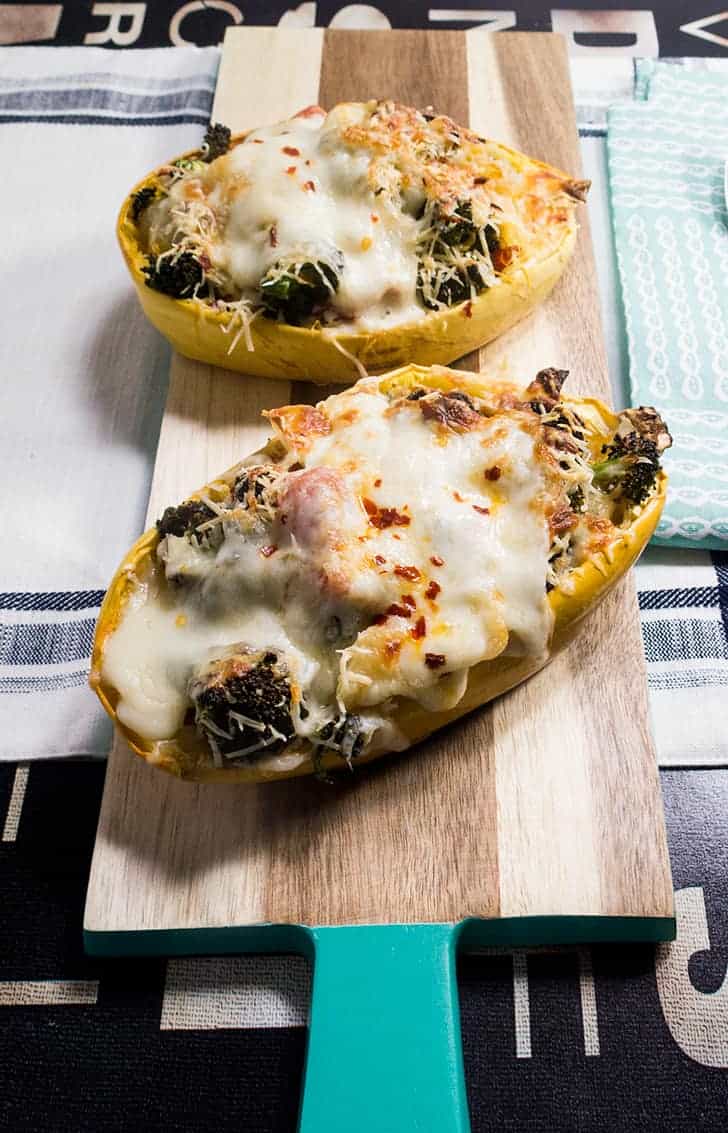 I guess he figures he gets to eat all this wonderful stuff and he some how contributed to the whole process.

Does your husband or partner like to man the grill? I know us ladies, even though we are great multitaskers just sometimes want a little help with the food. So cheers to grilling out and getting hubby involved. 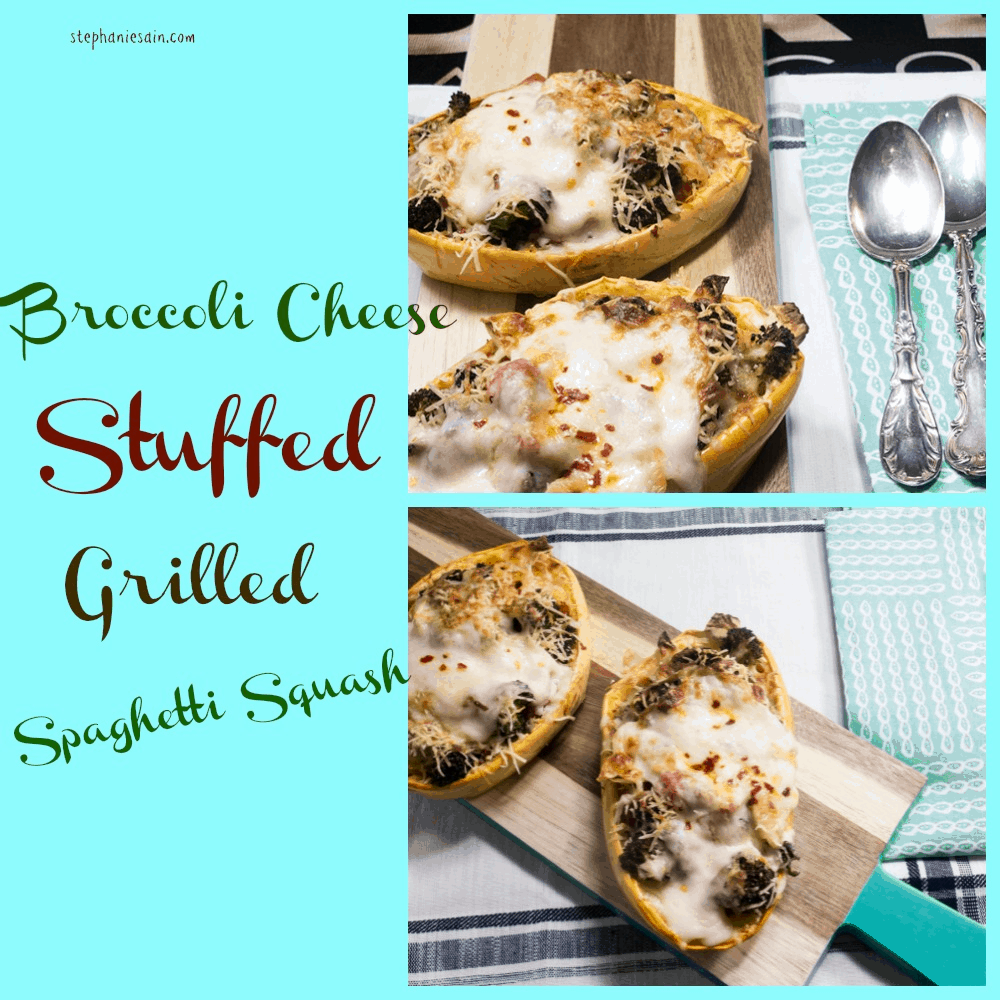 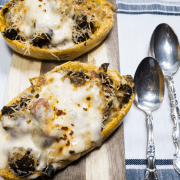