Mushroom Cheddar Quiche with Hash Brown Crust is the perfect brunch or even dinner. Vegetarian and Gluten Free. 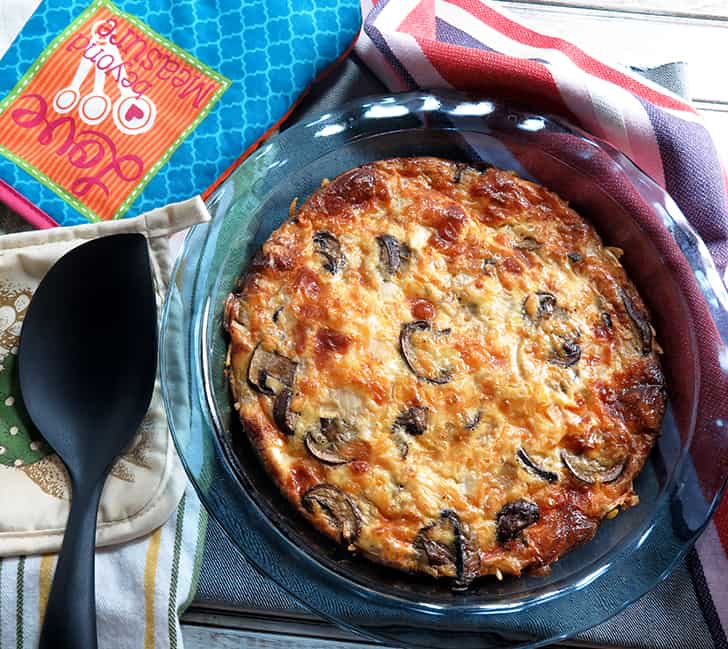 I have so many different versions of quiche but I must say this is one of my favorites.

When I went gluten free several years ago I thought it was going to be really hard to make the adjustment. This Mushroom Cheddar Quiche with Hash brown crust made it a lot easier. 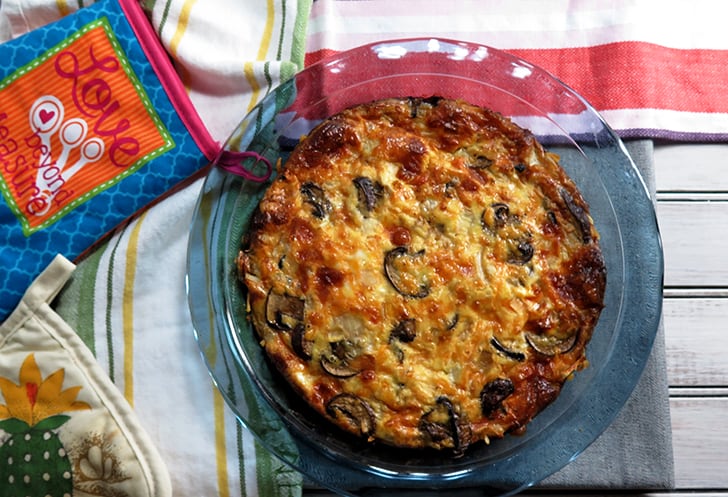 And after experimenting with so many recipes I'm finding doing without pasta and bread really isn't that bad.

I like to make quiche for dinner some nights and it makes great leftovers for your brunch the next day.

Cooking with mushrooms, onions, and garlic pair well in so many different recipes. I could eat different variances of quiche and don't think I would tire of it very quickly. 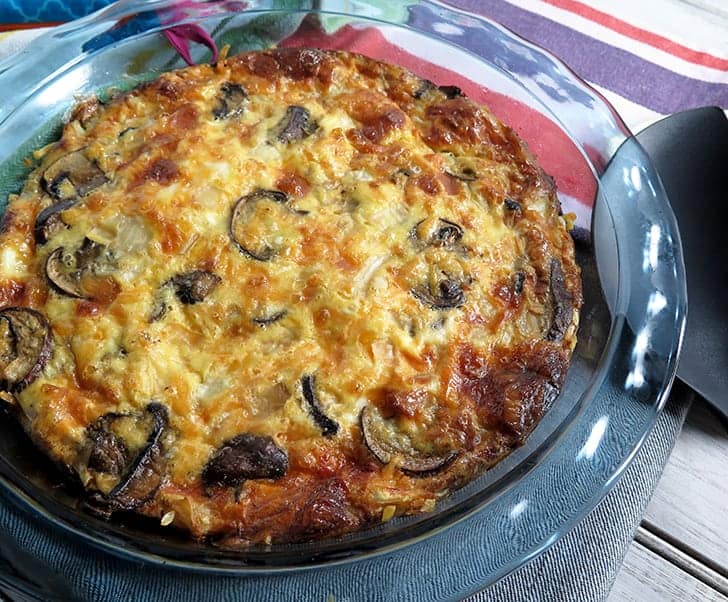 Hash browns and eggs just pair nicely together so this is always a good go to for a gluten free crust.

Even if you're not trying to steer away from the gluten this is still delicious and makes a great crust for any version of quiche. 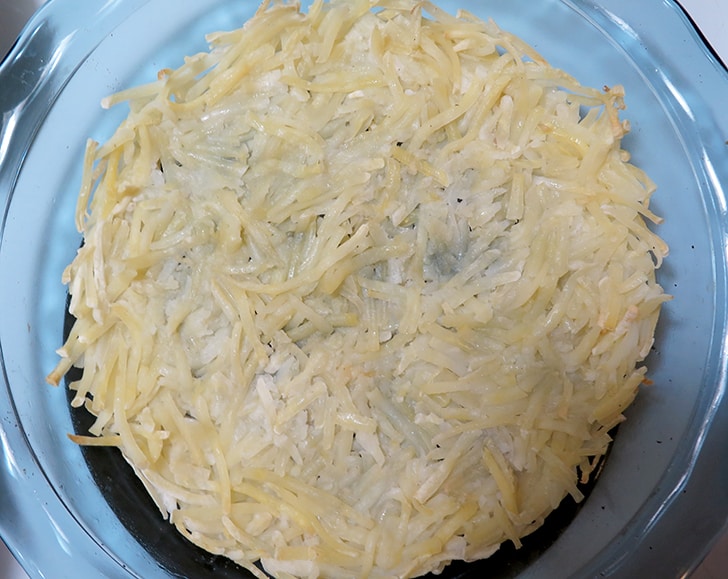 So next time you're looking for a tasty brunch or even dinner try this Mushroom Cheddar Quiche with Hash brown crust.

One of my other favorite Quiche recipes is Three Cheese Quiche with Grits Crust which is another great way to make a gluten free quiche. 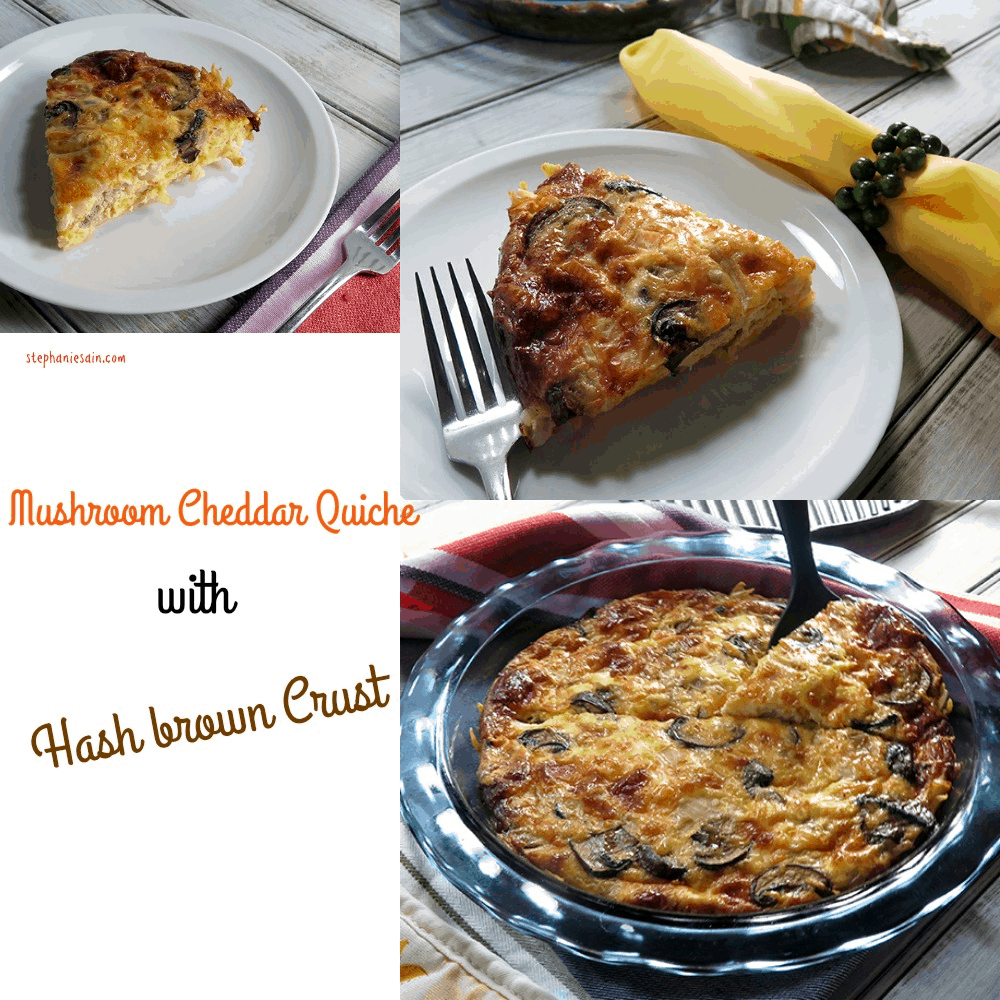 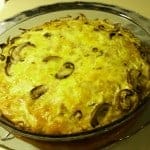 * you could also use frozen hash browns for the crust(I used 6-8 ounces for crust) if you are trying to save time.
I have made it both ways and it was good.
Tried this recipe?Mention @applesforcjblog or tag #applesforcj
Previous Post: « Lentil Bean Chili
Next Post: Running today »